Our Cruise Expert on Why She’s Cruising This Spring

When this article was first published on March 5, the impact of the COVID-19 on the cruise industry was still evolving. But, things have since changed. Over the past 12 hours, both Princess Cruises, which operates 18 ships, and Viking, which operates six ocean ships and 72 river ships, announced they are suspending all cruises (Viking through May 1 and Princess through May 10). Additionally, Virgin Voyages, which just debuted its first ship, Scarlet Lady, said it is postponing sailings on its inaugural tour until July 15.

Rather than writing this update, I had hoped to be boarding a brand new ship today — Regent Seven Seas Splendor — for a preview cruise. But, on Monday evening, I received word that the sailing had been canceled. Two weeks from today, I am scheduled to fly to England for a preview of the Celebrity Apex. Whether I will end up going remains to be seen. The situation continues to evolve and more cancellations are to be expected.

What I do know is this: I’m healthy, I take the proper precautions regarding regular proper hygiene and handwashing, and I’m willing to travel (that is, given there are no restrictions within that region that could result in quarantine away from home). Here’s why: I am single, I work from home, and I have no elderly or immune-compromised friends or relatives nearby. But, I am also on the cusp of 60, the age that the CDC has pegged as “older,” much to my chagrin.

Am I less confident about cruising right now than last week? A bit — I would be kidding myself if I said I wasn’t. However, I am reassured by the fact that cruise lines are erring on the side of caution and using their best judgment. I am also buoyed that many cruise lines are waiving cancellation fees and issuing future cruise credit (as are several major US airlines).

Will I spend my 60th birthday cruising the Danube next month? I honestly don’t know. Like millions of other people who love to cruise, I am in a wait-and-see mode. But, if my plans are canceled, I know that things will eventually get back to normal and that I’ll once again experience the joys of cruising.

Ever since I took my first cruise in 1995 — a week-long island-hopping itinerary in the Caribbean — I’ve embraced every opportunity I can to set sail, including a four-month world cruise that circumnavigated the globe, calling on 30 ports in 19 countries. In total, I've spent 432 days (that’s more than 14 months of my life!) aboard cruise ships. Why cruising? Very few things offer it all: the excitement of seeing new places, meeting people from around the world, eating and drinking well, and only having to unpack once.

I was ready to add another 11 nights in April when I was set to cruise Japan. I had booked the sailing a year in advance to celebrate a milestone birthday and enjoy the beauty of cherry blossom season. Then, in mid-February, I got a call from Celebrity Cruises and learned that the coronavirus outbreak had forced the cancellation of my sailing from Yokohama (the rest of the cruise line's Asia sailings for the spring season have also been canceled).

Read More: Best Cruises to Book, According to Our Editors

The outbreak that continued to spread — while undoubtedly concerning on several levels — didn’t dissuade me from fulfilling my desire to celebrate my birthday afloat. I received a full refund, and, within 10 days, I had rebooked my travel. (I hope to be cruising the Danube from Budapest to Vilshofen, Germany in late April.)

After all, this year has been a big one for the cruise industry. Besides the innovative new vessels launching in 2020, cruise lines are also introducing fresh culinary offerings, including drinking and dining concepts such as Craft Social (a cocktail bar) and Chef’s Table by Daniel Boulud — both aboard Celebrity Apex — and Crafted by Curtis Stone on Enchanted Princess. Many cruise lines are also adding new ports of call. Aruba and Curacao, for instance, will be included in select Caribbean itineraries onboard Royal Caribbean’s Odyssey of the Seas. Disney Cruise Line,  which will return to Greece this year, is also adding five new ports in Europe. 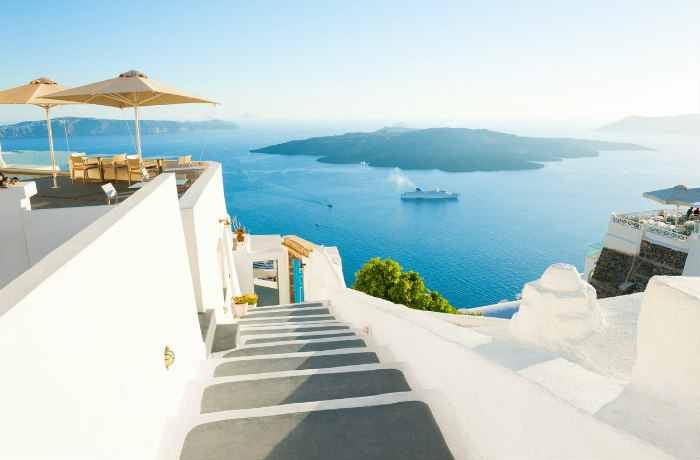 All that promises an array of new experiences both onboard and ashore. Do I think about the possibility of getting sick? Yes, but no more so than while riding the New York City subway or shopping at Target during flu season. And I’m reassured by the fact that cruise lines are vigilant about onboard hygiene (positioning hand sanitizer dispensers outside restaurants, bars, and theaters and having crew members regularly wipe down public surfaces such as handrails and elevator buttons, for example). In fact, I’ve only gotten sick once while cruising: on a mid-March spring break sailing when half of the passengers were children, who touch everything! So, the scratchy-throat-and-runny-nose cold that I suspect I caught from a junior cruiser is the only time I’ve ever been infected while on a ship — and I’ve been on 61 of them.

What about those notorious Norovirus outbreaks? Not once (nor have I) been on a ship where the virus was making the rounds. The Cruise Line Industry Association (CLIA) reports that an estimated 30 million people took set sail 2019 aboard 290 of its members' ships. And, according to the Centers for Disease Control (CDC), only 1,038 cases of Norovirus were reported on eight ships. While much is still unknown about COVID-19 — and the situation continues to evolve from region to region — catching the seasonal flu (which has infected as many as 45 million people in the U.S. just this season) is still a much more likely scenario. That said, I am proactive about getting a flu shot every year. Plus, I don’t have any underlying health conditions that would leave me more vulnerable to infection or create complications should I get sick. So yes, I will continue to cruise.

That said, I plan to heed CDC recommendations and be vigilant about following precautions like washing my hands often, keeping my hands away from my face, and bringing bring necessary items onboard (like antibacterial wipes and personal medication).

Read More: Everything You Need to Know About Insurance and the Coronavirus

While not everyone will come to the same “keep calm (but stay vigilant) and carry on” decision I have made — I am under 65, healthy, and, like many travel writers, I also have a yearly travel insurance policy that includes emergency medical and medical transportation coverage — I’m certain it’s the right one for me. Might there be snags and delays and frustrations along the way? Possibly, but that isn’t something I can control. In fact, that’s in the hands of the cruise lines and local governments. However, I am confident that cruise industry executives are implementing precautions and will use their best judgment when it comes to potential cancellations or itinerary changes. (For example, if a port isn’t deemed safe, they can divert to another.)

My general strategy is to keep doing what I love while staying informed and exercising caution. I’ll keep washing my hands and let you know how it goes.

See Next Article >
Find The Best Cruises
Find a cruise